“Only you can decide how successful you are going to be” 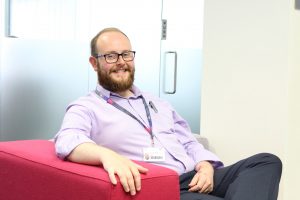 Did you pursue further or higher education?

I achieved 9 GCSEs and went on to study A-levels at Cross Keys College. I applied to Swansea University to study Law and after going through clearing, I was lucky enough to secure a place. I absolutely loved university, it was one of the best times of my life and to be honest, I probably enjoyed it a little bit too much! I was thrilled to be living in and experiencing Swansea as a City much bigger than where I was brought up in Abertillery! University was a massive turning point in my life: from a young age I was bullied in school for being the ‘quiet’ one and I was an easy target for people because I was interested in my education. The bullying had a massively detrimental effect on my self-esteem and made me believe that I would never amount to much. My parents were very protective and were incredibly shocked when I announced that I was going to Swansea University as they didn’t think I had the confidence to move out and move on; but I did, and I knew that University would be the start of the rest of my life.

What lessons did university teach you?

University taught me some hugely valuable life lessons and showed me that if you want something badly enough, it is up to you to go and get it. I had an insatiable desire to prove the bullies wrong; I knew that my life would be a result of my choices, and because of all the negativity I had experienced growing up, I was incredibly determined to make the right ones. During my degree I realised that Law wasn’t for me and I became disillusioned and lost my motivation. My determination meant that I stuck at it, but I was hugely disappointed to finish with a 3rd class degree. In my mind, I felt that I had underachieved and that I had wasted 3 years of my life. I felt that I had failed myself and more importantly, I felt that I failed my family who had supported me emotionally and financially for such a long period of time. This all sounds quite negative, but it was at this point that I had my biggest reality check and knew that I needed a new direction, new focus and new goals in order to move forward.

What direction did you take after University?

After University I decided to stay in Swansea and get a job. Naively I thought that I would walk into any job because I was a graduate with a Law degree. I ignorantly thought that a lot of jobs were beneath me. But 6 months later when I was still unemployed, reality hit me when I had to sign on for job seekers allowance. This was one of the lowest points of my life and I felt embarrassed. There were so many negative perceptions at the time about people who claimed JSA and this terrified me, but I had nowhere else to turn. Despite my initial reservations, I received great support, and after 6 months I successfully gained a place on a programme run by the City and County of Swansea which supported people into work through paid work placements. My placement was with the Lifelong Learning and Employment Training Service (LLETS), and despite my initial nerves, I quickly gained a lot of skills and with it, a lot of self-belief. I started to think maybe I could do it after all. After 6 months I was offered a position as an Employer Liaison Officer as part of the Workways programme and I continued to build my experience and confidence. I stayed with the City and County of Swansea for 5 years and progressed onto the role of Traineeship Engagement Co-ordinator in my first 2 years. At 23, I was one of the youngest managers and I felt good about myself for the first time in a long time. Friends that I had been in university with were on short term contracts in roles that they weren’t content with, whereas through my own sheer drive and determination, I had secured myself a foot on the ladder of my chosen career. This helped with my self-acceptance: I finally felt confident in the choices I had made and I had a newfound motivation to push myself to achieve my bigger career goals.

What shape has your career taken since?

My first managerial position was to cover maternity leave for a year, after which the role was made redundant. Over the next 3 – 4 years I struggled to get back to the level that I wanted to be at. The Council lost the contract for traineeships and they were picked up by Rathbone Training where I secured a position, firstly as an Essential Skills Tutor and eventually progressing to a Lead Tutor role. I was back in a Managerial function with increased responsibilities and I was thriving, but it definitely wasn’t without its challenges; as a charitable organisation there wasn’t much funding available so my colleagues and I had to do as much as possible for very little reward. I started to burn out and my dissatisfaction lead me to look for other opportunities. This is when I came across the Project Coordinator role with Gower College Swansea. The role seemed a perfect fit for me so I applied for it and I got the job. I couldn’t believe it! Over the past three and a half years with the college, I’ve been incredibly lucky to progress further in management, firstly to the role of Programme Manager, and more recently to the role of Deputy Director. I am now doing what I have always wanted to do – providing management support to a department of individuals who want to genuinely support and help the people that need it the most. The department are now meeting people who I worked with 11-12 years ago; people who felt that they were at their lowest point with nowhere to turn but who now have secure jobs, mortgages and are able to support their families. These moments remind me why I do what I do and why the work of the programme is so vital in helping people have hope, prospects and a full life that is absolutely worth living.

What is one thing you wish you knew when you were younger?

I wish I had the knowledge that I have now relating to all things employability as I am incredibly passionate about the importance of providing meaningful career support. I still get frustrated that so many people don’t have the basic employability skills needed to succeed, purely because they aren’t ever taught or shown how. I wish I had the knowledge needed to support people sooner, because I often think about the people that have perhaps slipped through the net and are now dealing with the consequences of a lack of vital support. Another thing I wish I knew when I was younger was to say yes to everything and stop being so afraid. I lacked so much confidence that I would never try anything new or different and I now look back at all the potential missed opportunities. If I could give my younger self any advice then it would be to put yourself out there and know that mistakes are just proof that you are trying. For anyone in a similar situation, don’t fear rejection because every time I thought I was being rejected, I was actually just being redirected to something better. It always seems impossible until it’s done and if you never try, you’ll never know.

Top tip when applying for jobs?

To give yourself the best possible chance of success you have to use the support services available to you and have faith in yourself and your abilities. Have the confidence to apply for jobs that are seemingly out of reach because when I applied for my first roles on the managerial ladder I never thought I would be successful, but if I hadn’t given it a go, I wouldn’t be where I am today. It’s not who you are that holds you back, it’s who you think you’re not.  Everything teaches us something so use your experiences to your advantage – only you can decide how successful you are going to be!

What is your ultimate piece of advice?

My ultimate piece of advice would be to never turn down any opportunity, even if it seems irrelevant at the time. Real opportunities are the ones we don’t immediately see and they often come at the most unexpected, inopportune moments. Every opportunity can offer something new, something different, something more, so take full advantage and see what happens. Replace the fear of the unknown with curiosity and excitement because the desire to learn, explore and discover new things can lead to a much happier and fuller life – this is something I have learnt and I now feel grateful for each and every experience, good or bad, that has come my way. It’s ok not to be ok, but it’s not ok to stay that way, so make positive changes, take control of your life and be happy!

James is our Deputy Director of Employability here at Better Jobs, Better Futures. Get in touch to see what we can do for you: 01792 284450.